What Is Cancer: Symptoms & Causes 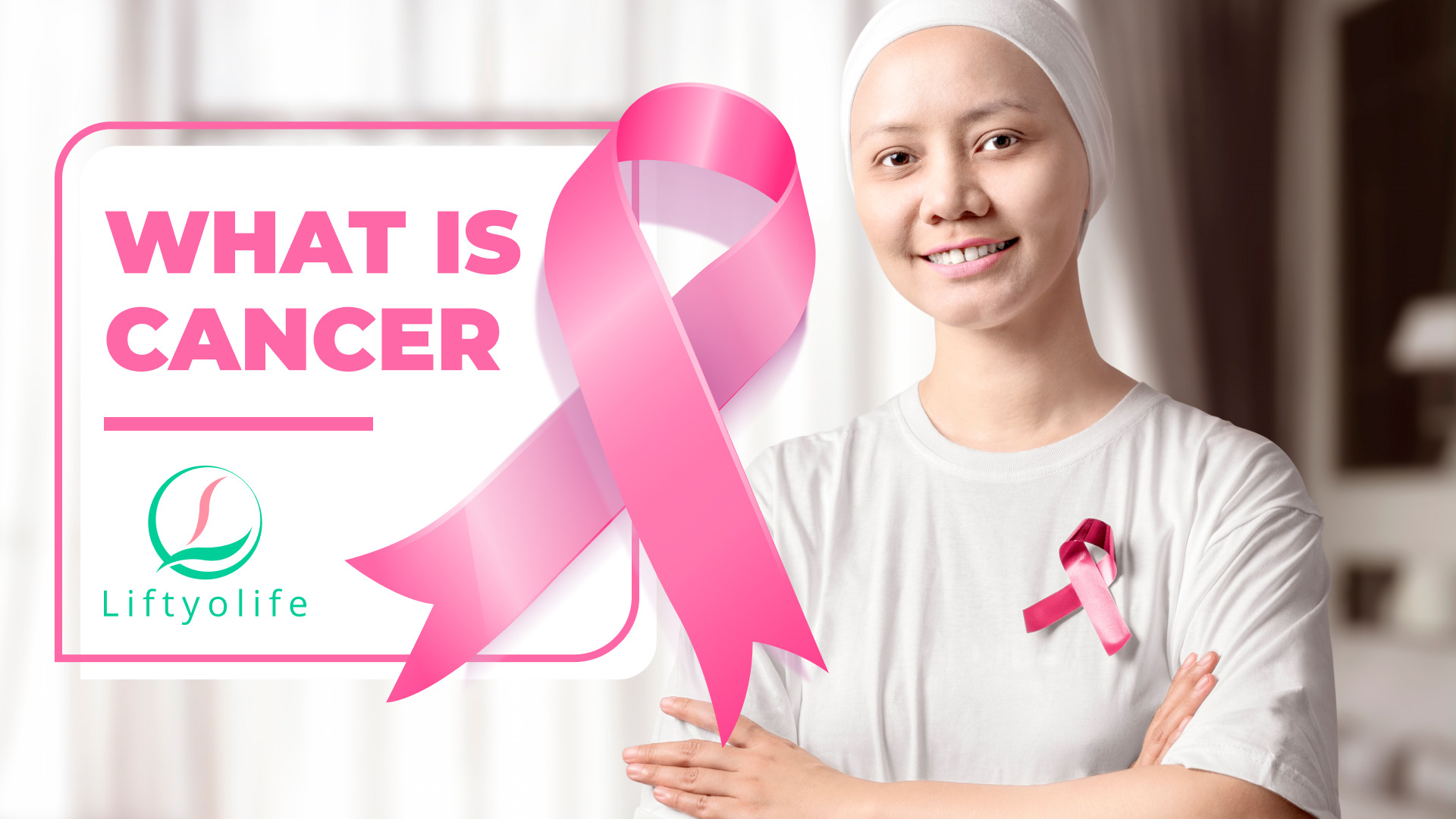 What is cancer? This disease is classified as a non-communicable disease. Most people believe that if they get cancer, their lives will be cut short and die someday (perhaps tomorrow). Do not live in fear of cancer and death; instead, let us gather all useful information about this killer and devise a good strategy to defeat it. Liftyolife (liftyolife.com) can be your companion if you are looking for one.

Cancer is a disease that causes specific cells to grow uncontrollably and spread to many parts of the body.

Furthermore, cancer can start almost anywhere in the human body’s trillions of cells. Human cells usually grow and multiply (a process known as cell division) to form new cells needed by the body. Cells die because of aging or become damaged, and new cells replace them.

This orderly process occasionally breaks down, allowing abnormal or damaged cells to grow and multiply when they should not. These cells can combine to form tumors, which are tissue lumps. But, tumors may or may not be cancerous (benign).

Cancerous tumors are also known as malignant tumors. Cancerous tumors invade nearby tissues and can travel to distant locations in the body to form new tumors (a process called metastasis). Many cancers include solid tumors, but blood cancers do not.

2. How does cancer develop?

Cancer occurs when the body’s standard control mechanism fails. Old cells do not die; instead, they increase uncontrollably, resulting in new, abnormal cells. These extra cells can combine to form a tissue mass known as a tumor. Some cancers, like leukemia, do not produce tumors. Cancer is one of the genetic diseases caused by changes in the genes that control how cells function, mainly how they grow and divide. 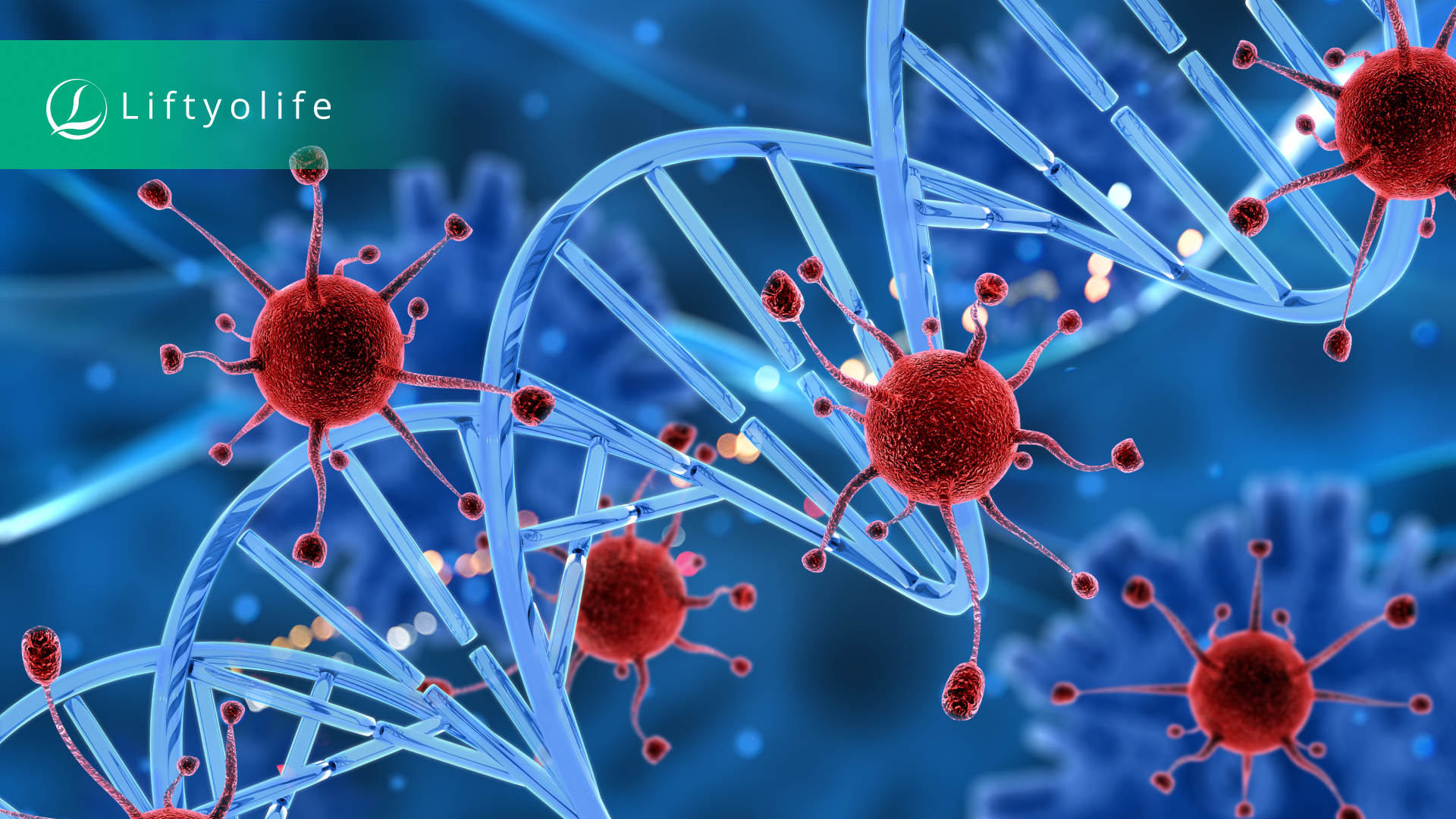 How does cancer develop?

Cancer-causing genetic changes can occur as a result of:

Typically, the body eliminates cells with damaged DNA before they become cancerous. However, as we age, our bodies’ ability to do so declines. This is one of the reasons why people are more likely to develop cancer later in life. Each person’s cancer has a distinct set of genetic changes. Different cells within the same tumor may have various genetic changes. Additional changes will occur as cancer progresses.

Local invasion of invasive cancer refers to cancer that spreads into nearby tissue. Cancer can spread to other body parts from where it began (the primary site). Cancer cells can expand to surrounding tissues and structures as a tumor grows by pushing on normal tissue beside the tumor. They also produce enzymes that degrade normal cells and tissues as they increase.

These diseased cells that break free from a tumor can travel to other body parts via the bloodstream or the lymph system. They can run through the bloodstream and reach distant organs. After that, these cells may end up in lymph nodes if they travel through the lymph system. In either case, most of the escaped cancer cells die or are killed before they can begin to grow elsewhere. However, one or two may settle in a new location, grow, and form new tumors. Metastasis refers to the spread of cancer to a new part of the body.

Moreover, cancer cells must go through several changes to spread to new body parts. They must first separate from the primary tumor and attach to the outside wall of a lymph vessel or blood vessel. They then pass through the vessel wall to join blood or lymph flow to a new organ or lymph node.

4. What is the cancer stage?

When cancer is exposed, tests are performed to determine the size of cancer and whether it has expanded from its original location or not. This is known as the cancer stage.

Let’s take a closer look at it. A lower stage (stage 1 or 2) indicates that cancer has not spread widely. Then a higher number (stage 3 or 4) shows that it has spread further. Finally, the fourth stage is the most advanced.

The cancer stage is critical in determining the best treatment for a person. Inquire with your doctor about the stage of your cancer and what it means for you. 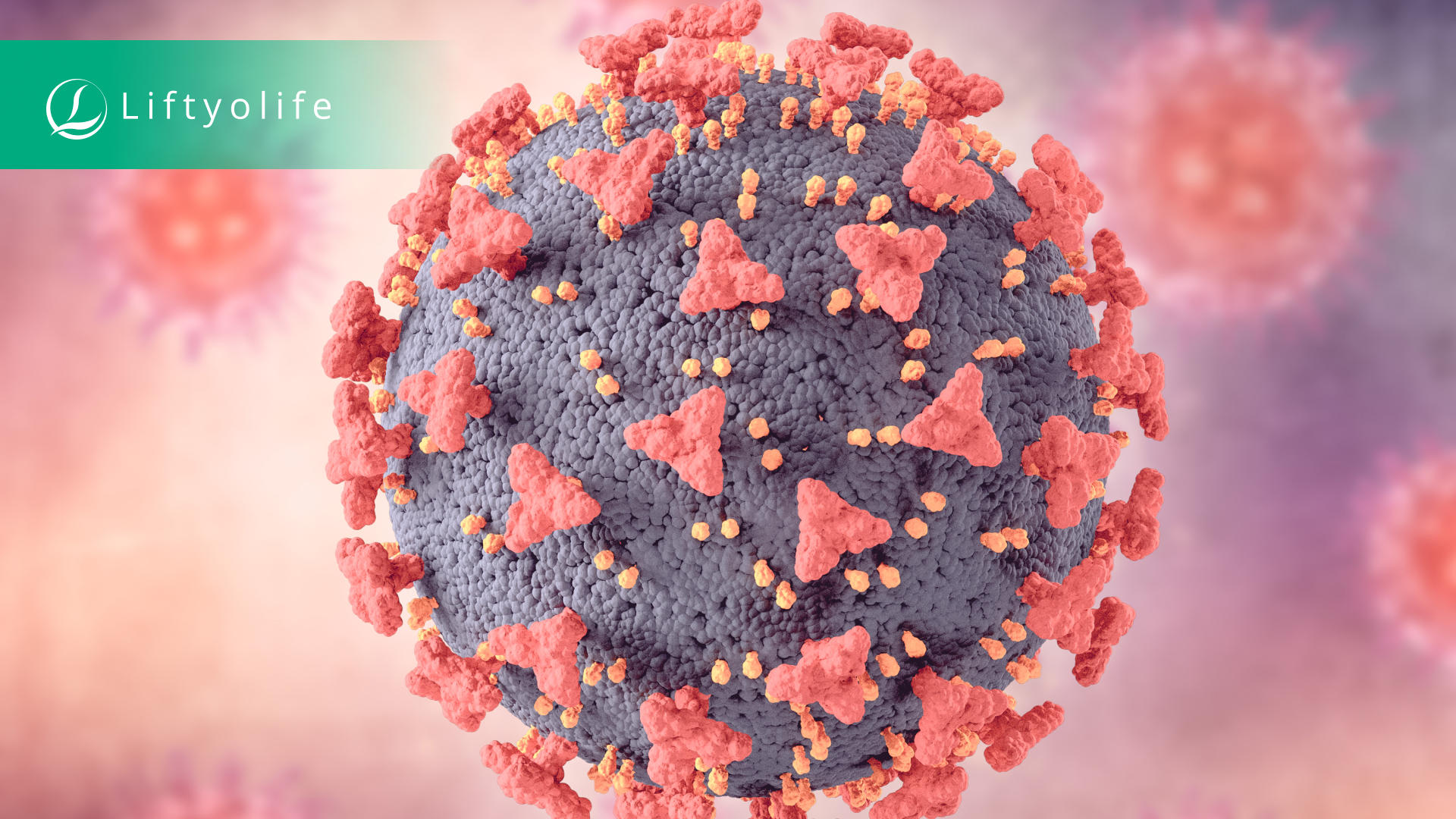 The brain and spinal cord’s tumors come in many forms. These tumors are named after the type of cell that gave rise to them and the tumor’s location in the central nervous system. An astrocytic tumor, for example, begins in star-shaped brain cells called astrocytes, which help keep nerve cells healthy. Brain tumors can be malignant or benign.

Leukemia is a type of cancer that affects the bone marrow, responsible for producing blood cells. These cancers do not develop into solid tumors. Instead, abnormal white blood cells crowd out normal blood cells in the blood and bone marrow. A low level of normal blood cells can make it more difficult for the body to deliver oxygen to its tissues, control bleeding, and fight infections.

Lymphoma begins in the lymphocytes (T cells or B cells). These white blood cells fight disease and are part of the immune system. In lymphoma, abnormal lymphocytes accumulate in lymph nodes, lymph vessels, and other organs.

Melanoma begins in cells that develop into melanocytes, specialized cells that produce melanin (the pigment giving skin its color). Moreover, most melanomas form on the skin, thriving in other pigmented tissues, such as the eye. Melanoma is far more likely to invade nearby tissue and expand to other body parts.

Multiple myeloma is a kind of cancer that starts in plasma cells, a different immune cell. Myeloma cells, which are abnormal plasma cells, accumulate in the bone marrow and form tumors in bones throughout the body. Plasma cell myeloma and Kahler disease are other names for multiple myeloma.

Sarcomas begin in the connective tissues that support and connect the body. Sarcomas are cancers that develop in the bones and soft tissues, such as muscle, fat, blood vessels, lymph vessels, and fibrous tissue (tendons and ligaments).

Neuroendocrine tumors can be benign or malignant. They develop from cells that release hormones into the bloodstream in response to a nervous system signal. These tumors, which may produce more hormones than usual, can cause various symptoms.

They are cancers that begin in the cells that produce sperm or eggs. These tumors can develop almost anywhere in the body and can be benign or malignant.

They are a type of neuroendocrine tumor and slow-grow tumors that typically occur in the gastrointestinal system. Moreover, Carcinoid tumors can spread to the liver or other body parts and secrete substances like serotonin and prostaglandins, resulting in carcinoid syndrome. 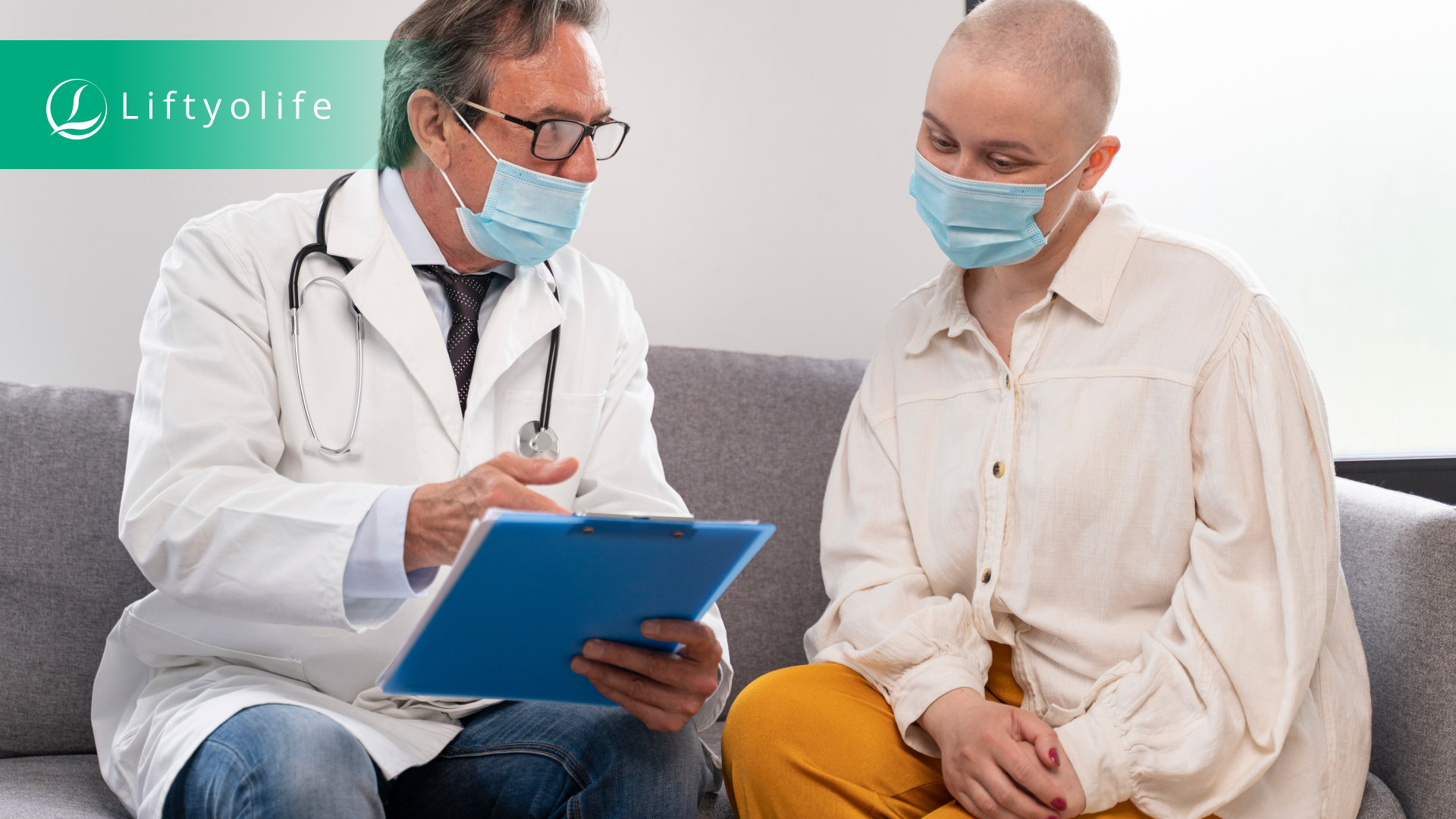 Most cancers are caused by gene changes throughout a person’s life. Cancer is a genetic disease, which means that it is caused by changes in genes controlling how our cells function, mainly how they grow and divide.

8.2. Types of genes that cause cancer

Tumor suppressor genes and oncogenes are two types of genes that play a role in cancer.

Normal genes regulate cell division, repair DNA errors, and instruct cells when to die (a process known as apoptosis or programmed cell death). When tumor suppressor genes fail to function well, cells can grow out of control, leading to cancer.

Cell division can become uncontrollable when something goes wrong with the gene, such as a mutation. A tumor suppressor gene is analogous to a car’s brake pedal. It usually prevents the cell from dividing too quickly, similar to how a brake prevents a car from driving too fast.

An oncogene is a type of bad gene. Proto-oncogenes are genes that generally aid in the growth of cells. When a proto-oncogene mutates (changes) or has too many duplications, it becomes a “bad” gene that can be permanently turned on or activated when it should not be. When this happens, the cell grows uncontrollably, resulting in cancer.

Cancer can develop for decades. As a result, the majority of cancer patients are 65 or older. While it is more common in older adults, cancer is not only a disease of adults; cancer can be diagnosed at any age.

The environment around you may contain hazardous chemicals that increase your cancer risk. Asbestos and benzene, two typical household and workplace chemicals, have also been linked to an increased risk of cancer. Even if you don’t smoke, you may inhale secondhand smoke if you go to places where people smoke or live with someone who does.

If cancer runs in your family, mutations may be passed down from generation to generation. You may be a candidate for genetic testing to determine whether you have inherited mutations that increase your risk of developing certain cancers. Remember that having an inherited genetic mutation does not guarantee developing cancer.

Lifestyle choices have been linked to an increased risk of cancer. Smoking, drinking more than one drink per day for women and up to two drinks per day for men, excessive sun exposure or frequent blistering sunburns, being obese, and having unsafe sex are all risk factors for cancer.

Certain chronic health conditions, such as ulcerative colitis, can significantly raise your risk of developing certain cancers. Discuss your risk with your doctor.

Cancer is the disease that is most prone to complications, even when treated early on. Here are some common cancer complications:

Many cancer-treatment procedures and drugs are currently available, with many more being researched. Some treatments, such as surgery and radiation therapy, are “local,” meaning they are used to treat a specific tumor or area of the body. Because drug treatments (such as chemotherapy, immunotherapy, or targeted therapy) can affect the entire body, they are often referred to as “systemic” treatments. Cancer can be treated with the following therapies: 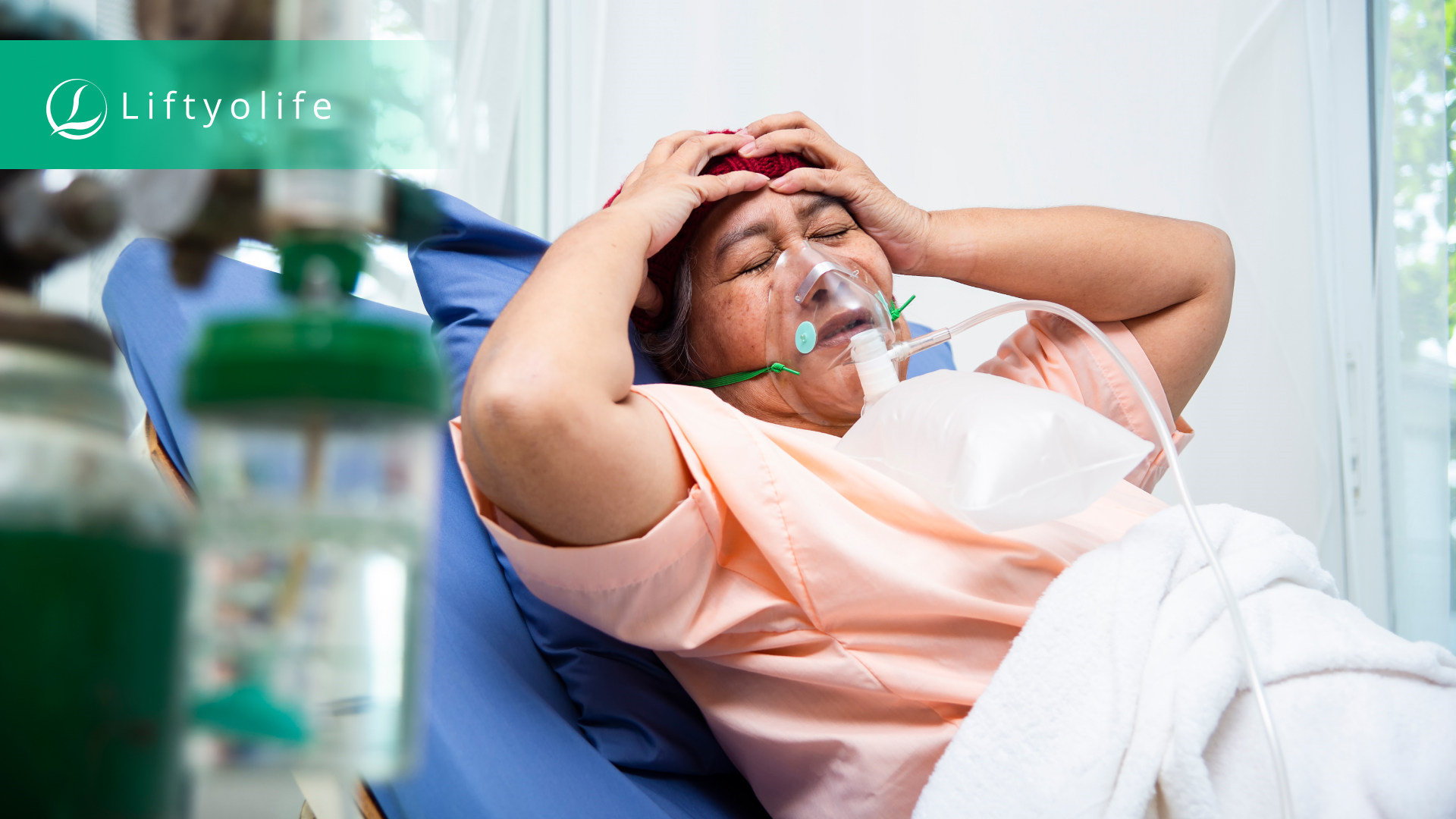 How is cancer treated?

Cancer screening tests and studies are designed to detect cancer early when it is more likely to be cured with treatment. Every 6 months is the recommended time for a screen test. Do not ignore the question, “What is cancer?” The answer could save your life. Stay in touch with Liftyolife (liftyolife.com) today if you want to live a healthy and happy life. 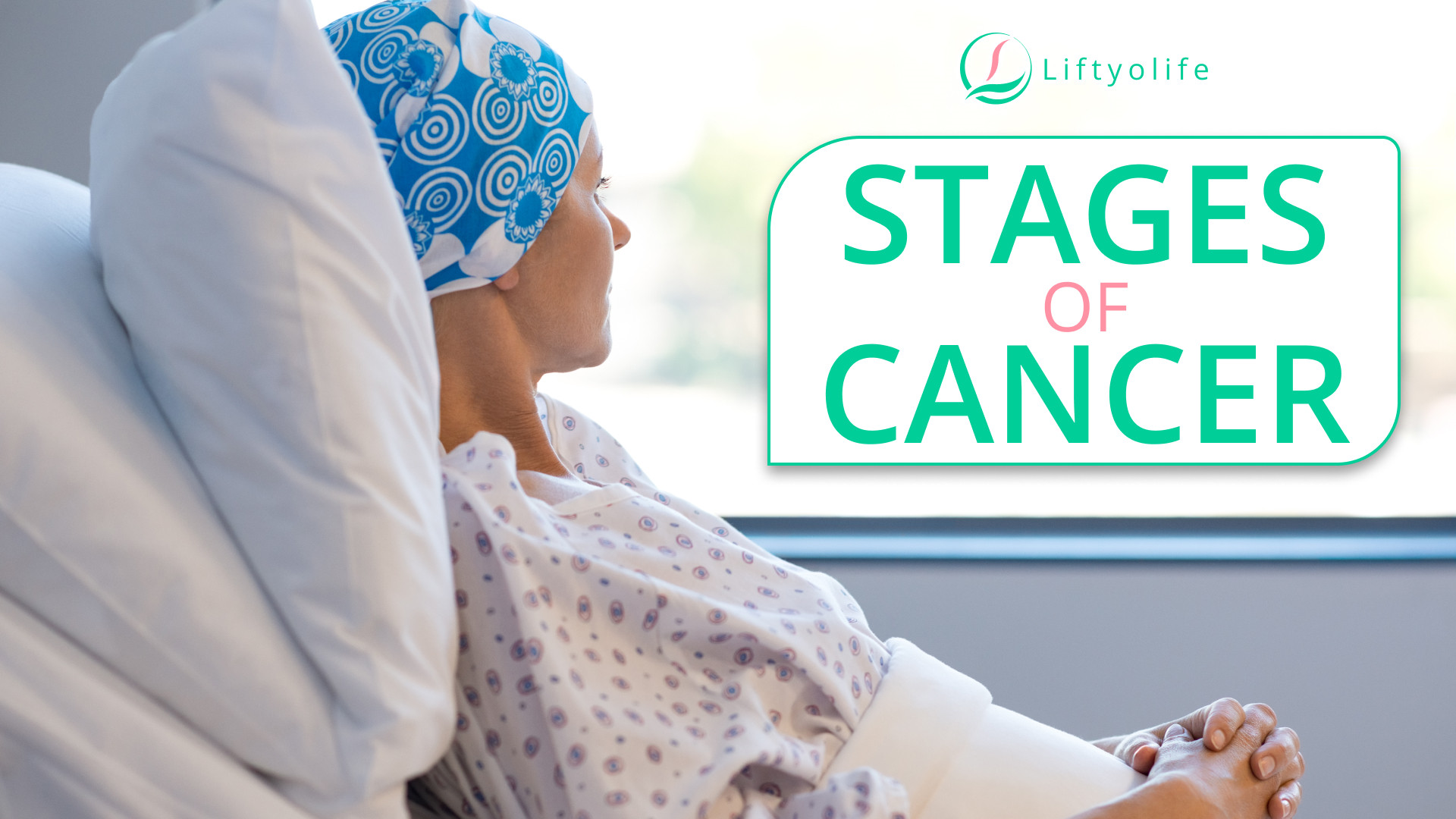 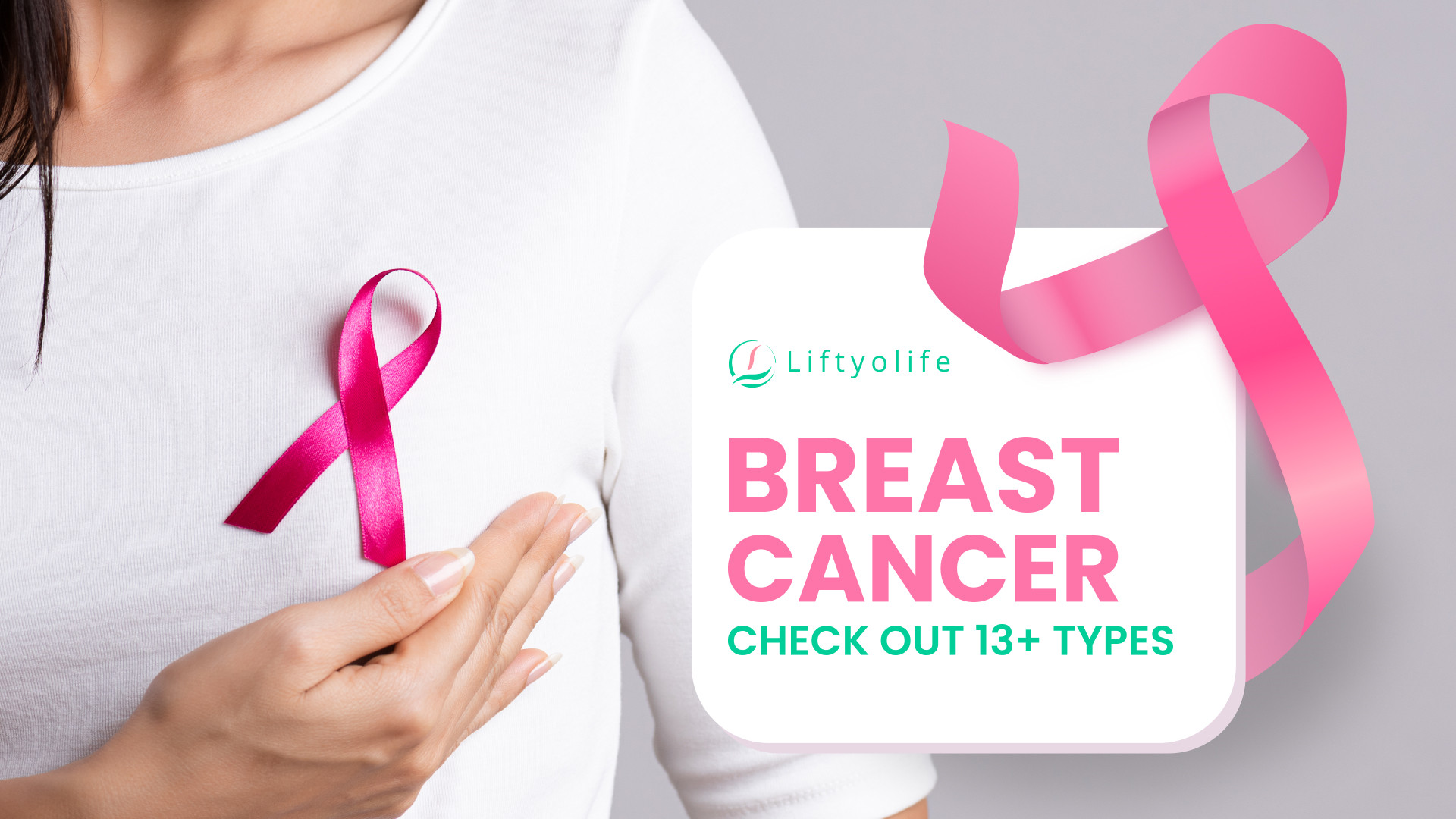 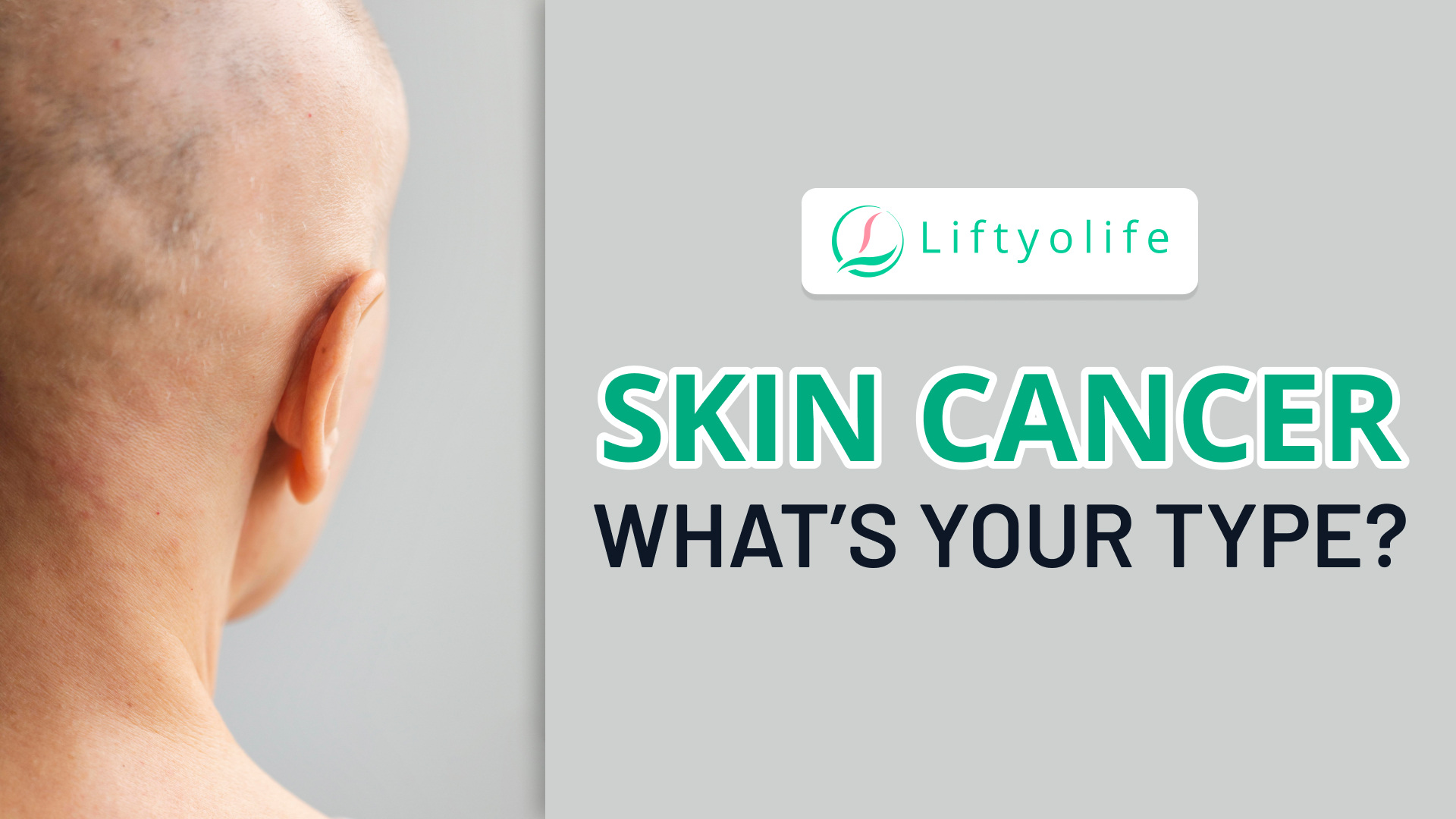