How Much Sodium Per Day To Lose Weight? 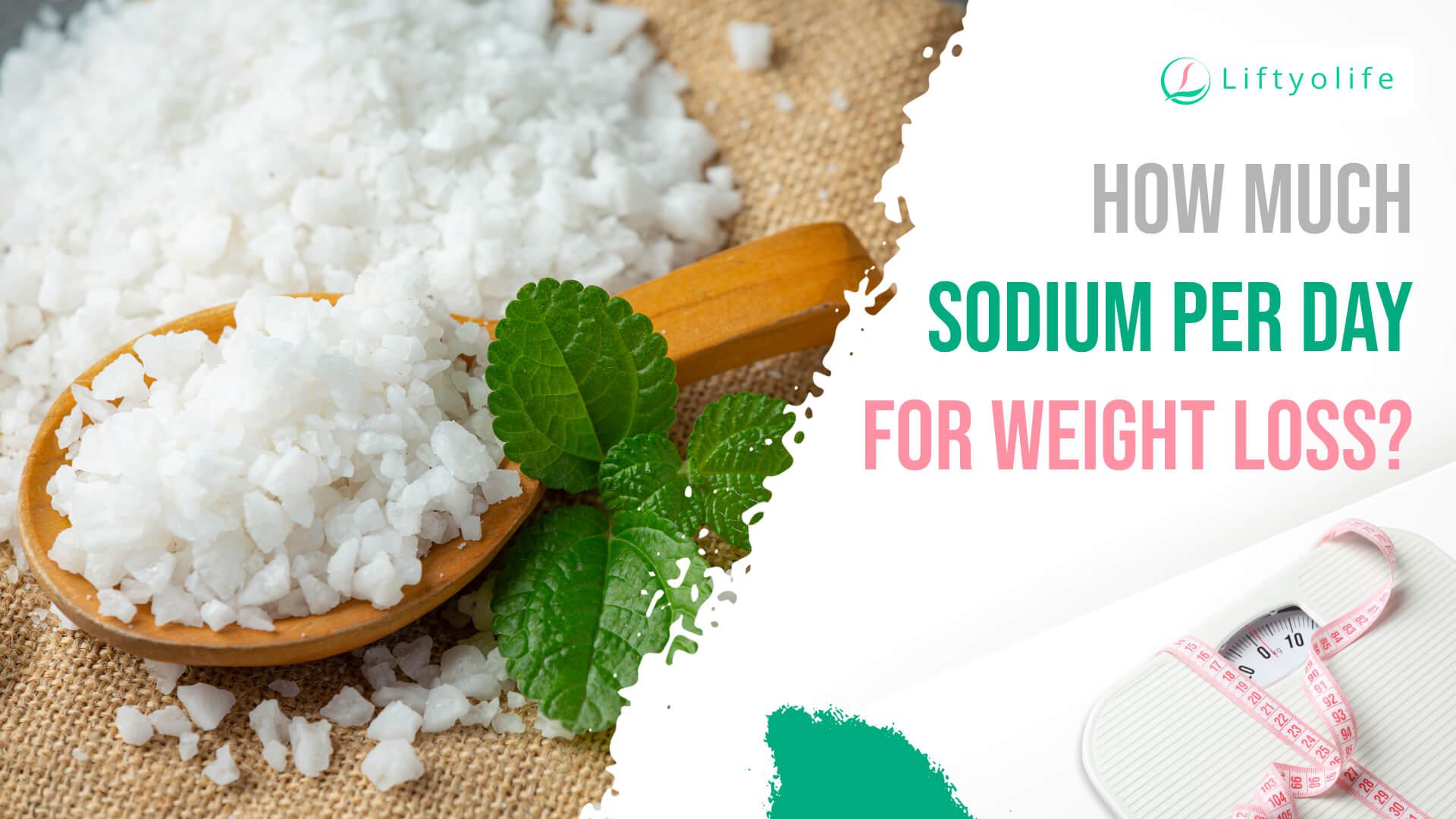 Many people have a tendency to link weight loss and dieting to a low-fat, high protein, low-carb, building lean muscle mass and calorie-counting; however, what about absorbing sodium? How much sodium per day to lose weight? Let’s explore with Liftyolife (liftyolife.com) in the article below.

1. How Much Sodium Per Day To Lose Weight?

How much sodium per day for weight loss? How much sodium should I eat to lose weight? The National Heart Lung and Blood Institution demonstrates that if you are a healthy adult, your recommended sodium intake should be 2,300mg daily.

Besides, if you are facing a chronic health condition such as kidney disease, diabetes, or hypertension, you should absorb around 1,500 mg of sodium daily.

If you are not sure about the figure for sodium you should consume daily, you will consult with your family physician.

After answering the question “How many mg of sodium per day to lose weight?”, you should know the relation between sodium and weight gain. Many experts agree that too much sodium may influence the numbers on your scale because of the mineral’s role in keeping fluid balance. Yet, preliminary proof shows that too much sodium in your diet may also lead to obesity and weight gain.

Until recently, many researchers believed that sodium regulation in your body was quite simple, in accordance with the National Institutes of Health. Consuming too much sodium and salt may cause the thirst mechanisms in your brain, increasing to drink more water to help your kidneys release the excess sodium in your urine.

Yet, sodium balance in your body may be more complicated than that, in accord with a study released in the Journal of Clinical Investigation in May 2017. During this small study (10 subjects), participants received tightly controlled amounts of sodium, between 6 and 12 grams daily, for 30 to 60 days. Researchers gathered urine samples during the study period.

While most researchers found that sodium excretion boosts when sodium consumed in your body is high, they also found that the participants drank less with higher sodium intake, and the body conserved water. The changes in sodium intake are also accompanied by fluctuations in the hormones that regulate fluid and sodium balance.

Moreover, the researchers noticed that the body needed much energy to release the excess sodium while the remaining water and the breakdown of muscle tissue served this energy.

One study published in the Proceedings of the National Academy of Sciences of the United States of America in March 2018 found that a high-salt diet boosted the creation of fructose in the liver and caused leptin resistance in mice. Leptin is a hormone that regulates your cravings.

Higher levels of leptin reduce your desire to consume food. Yet, with leptin resistance, your body does not react to the cravings-controlling hormone; thus, you are always hungry. People believe that leptin resistance is an element that leads to obesity and weight gain.

Although these studies indicate that there may be a relation between sodium and weight drop, one Journal of Clinical Investigation study in 2017 consisted of only 10 participants, and one National Academy of Science study in 2018 was conducted on mice. Researchers should execute huge clinical trials for people to understand better the role sodium plays in weight regulation before making the last conclusions. 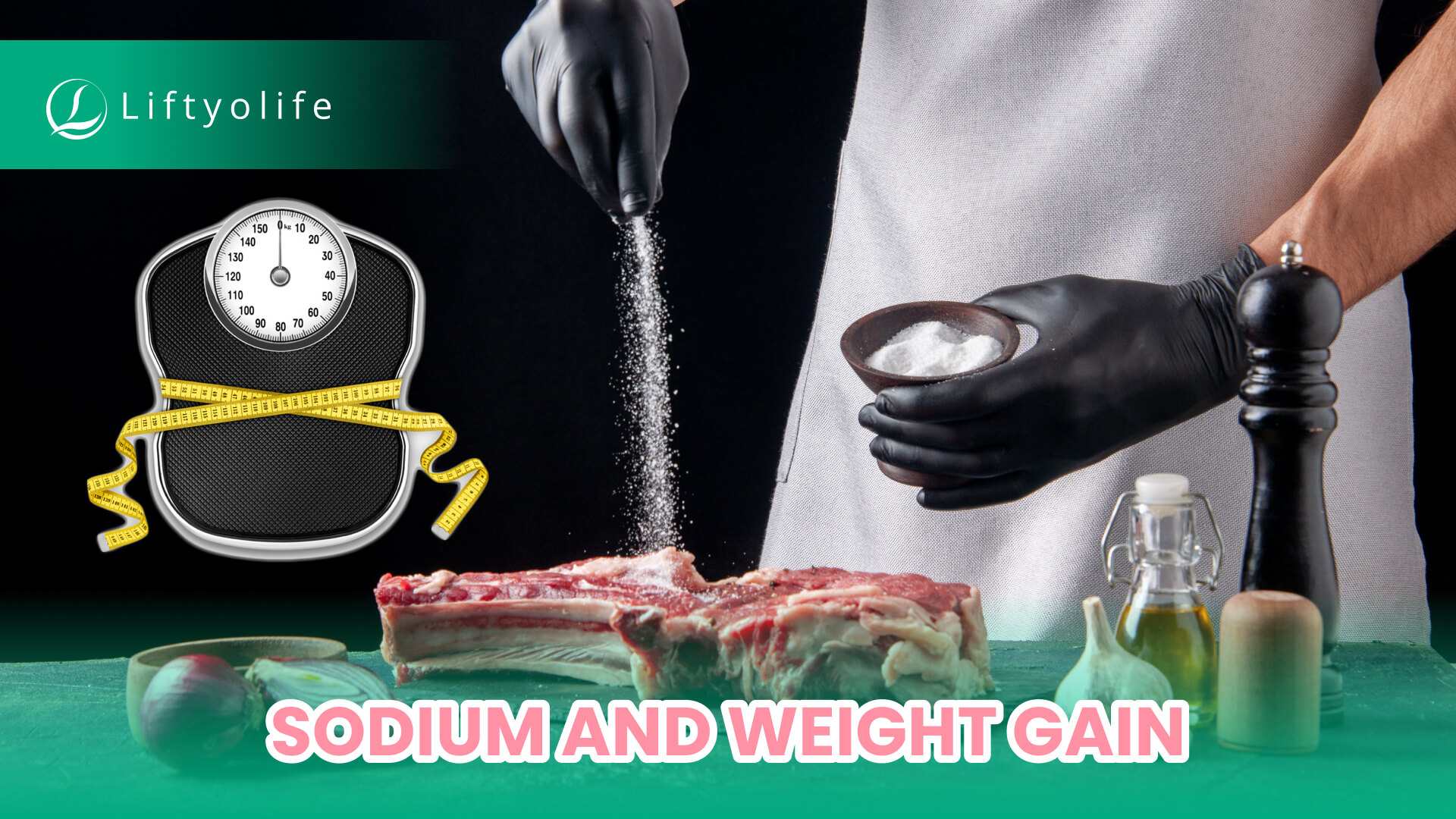 Sodium is a vital mineral your body needs to keep fluid balance, muscle function, and normal nerves. Yet, you only need approximately 500 milligrams of sodium per day to help these normal body functions, in accordance with the Harvard T.H Chan School of Public Health. According to the Academy of Nutrition and Dietetics, residents in the USA absorb roughly 3,400 milligrams of sodium per day.

From the information above, you know what type of low-sodium food is picked up on a daily basis. These daily low-sodium food item recommendations are from The Office of Disease Prevention and Promotion.

How much sodium per day to lose weight? You can consume 2,300mg sodium per day if you are a healthy adult. However, if you are struggling with health conditions, you should eat about 1,500 mg of sodium on a daily basis. Some daily low-sodium food recommendations are from The Office of Disease Prevention and Promotion that you should notice to drop weight efficiently, such as eating fresh, organic vegetables and fruits; using low or no sodium ingredients in meals; etc. With the knowledge above, Liftyolife (liftyolife.com) hopes you enjoyed this blog about the amount of sodium per day to lose weight. 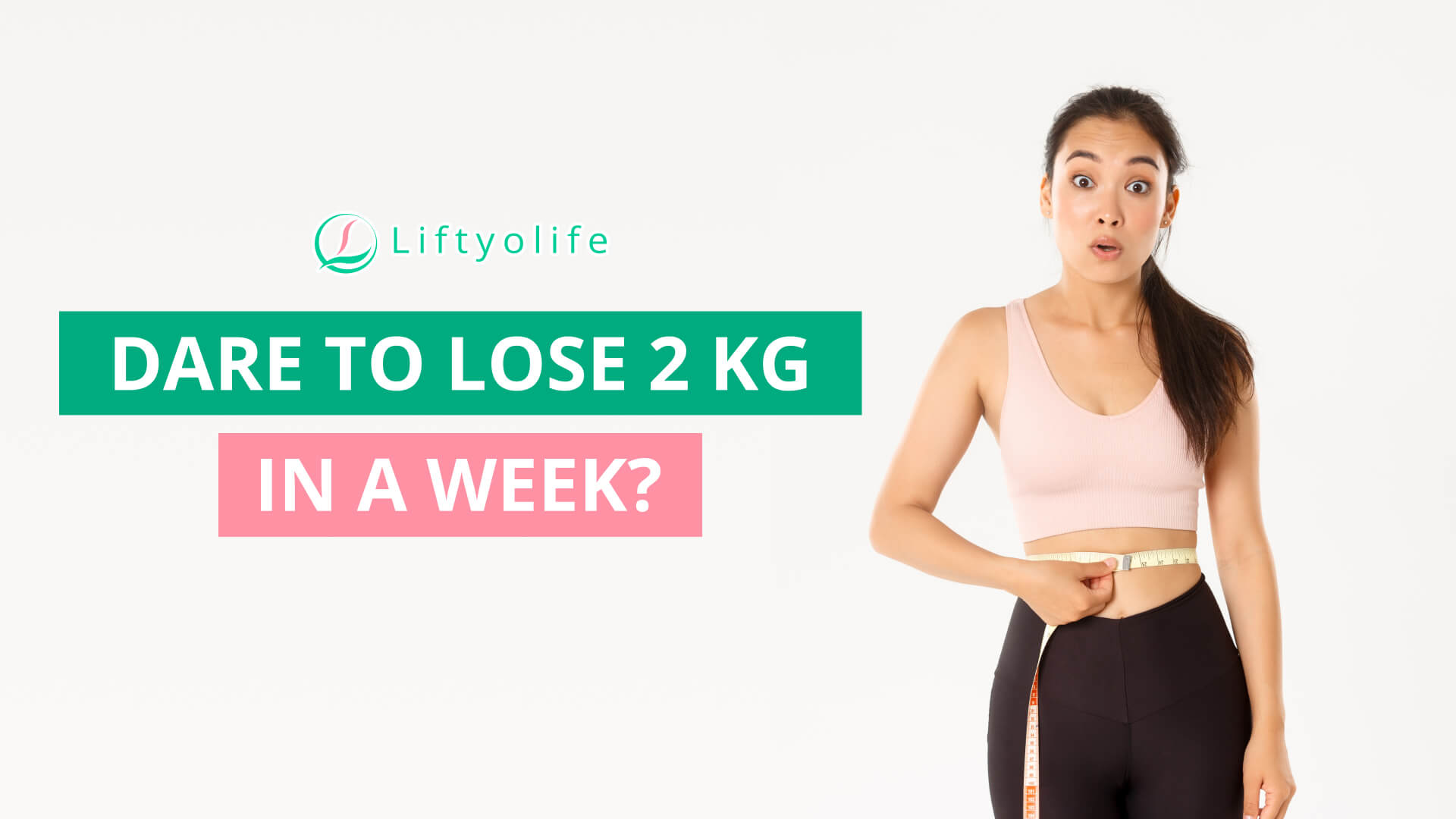 Diet & Weight management
How To Lose 2 Kg In A Week? 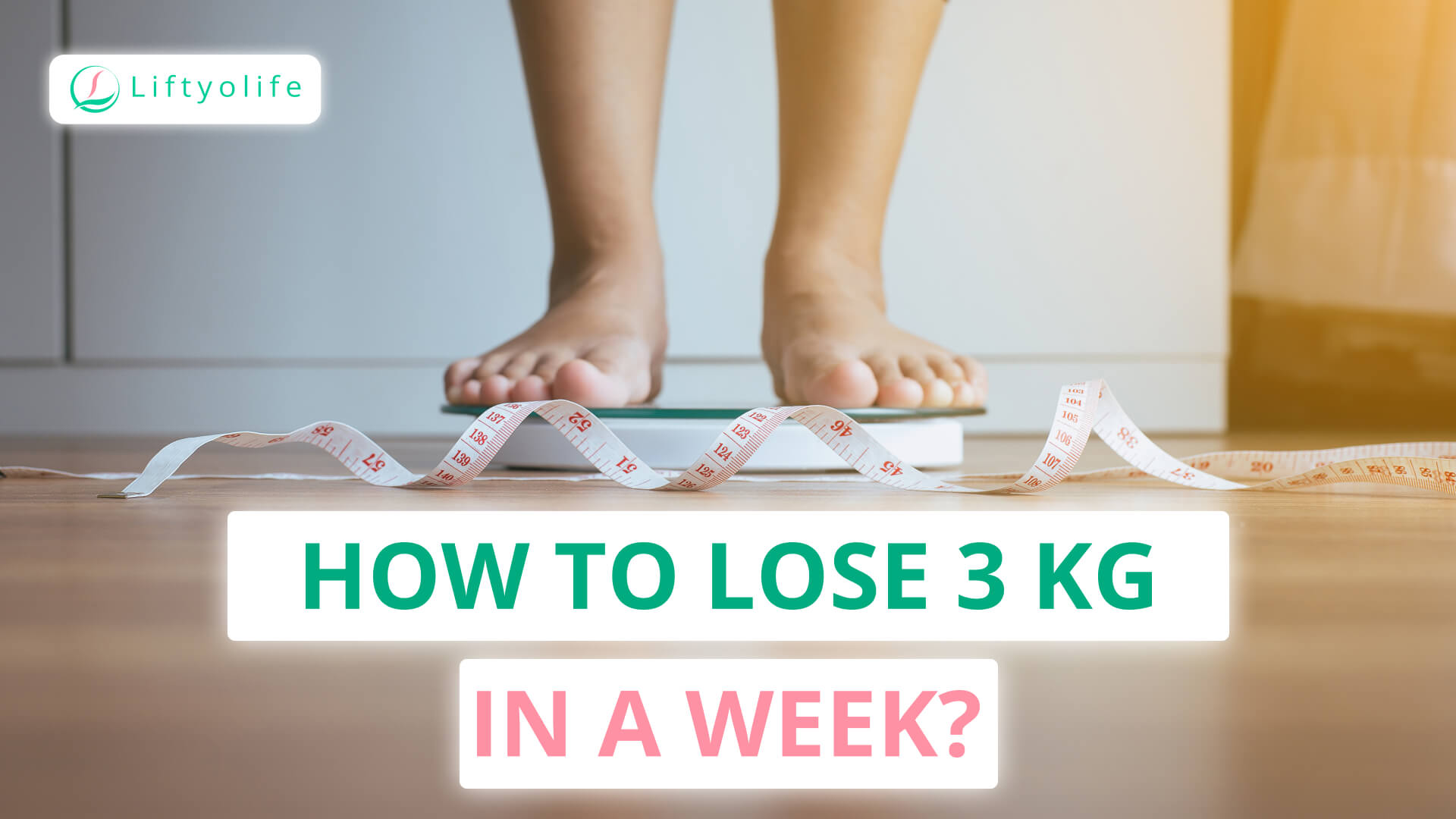 Diet & Weight management
How To Lose 3 Kg In A Week? 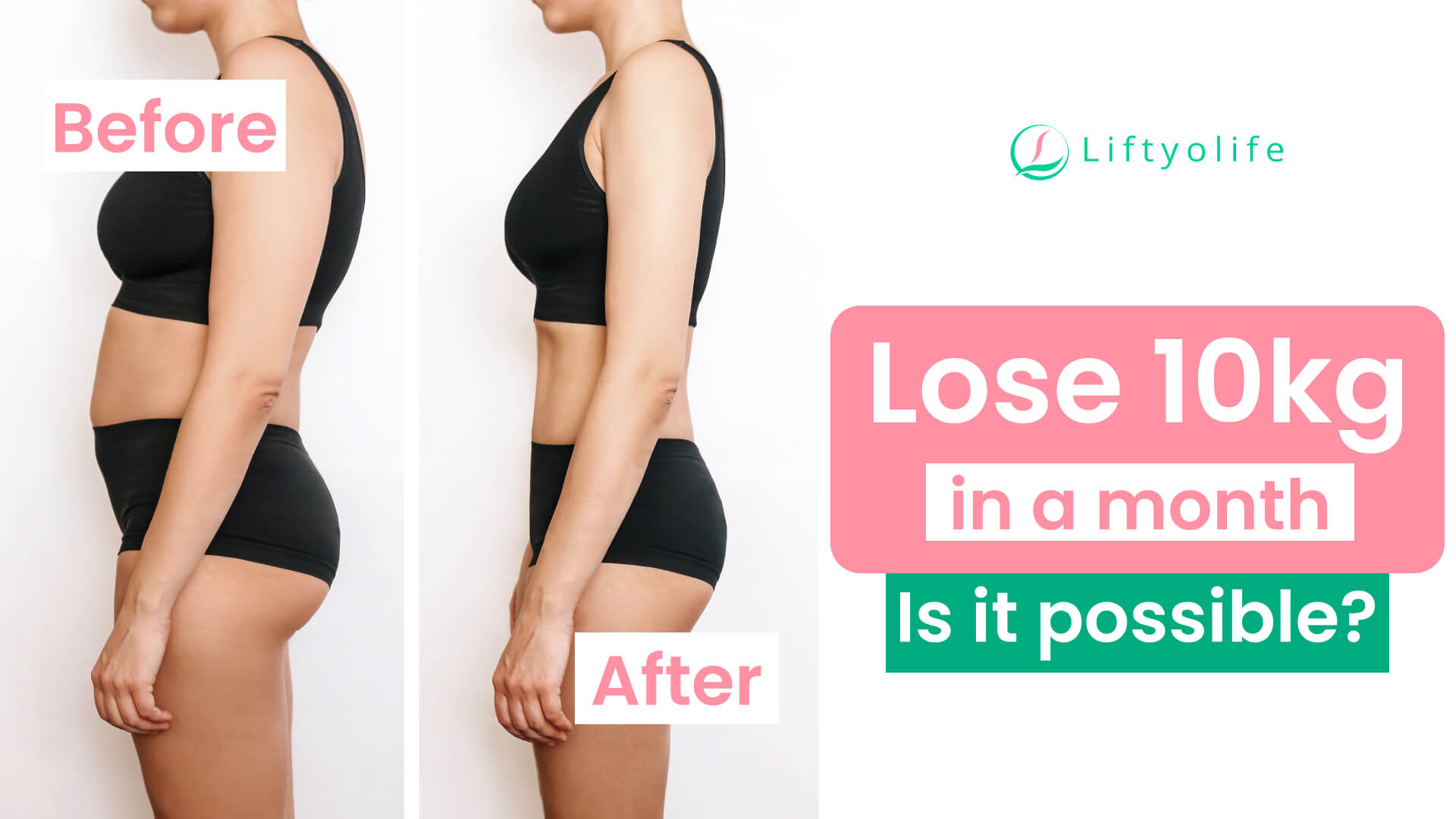 Diet & Weight management
How To Lose 10 Kg In A Month?
DRUGS & SUPPLEMENTS